[Apologies for the lateness of this post. I had issues with scheduling, and decided that I would rather wait until today to post it than post on the weekend. Also, this one is LONG.] 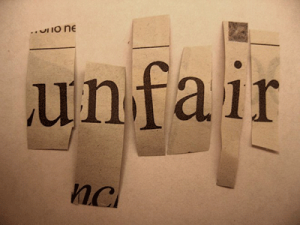 When you’re a student or Greek organization and you’ve been sanctioned with suspension or worse, your last hope is the appeal. If you can manage to find an argument within the very limited grounds of most systems that should result in reconsideration, it is still highly unlikely that you will be successful. There are reasons simply due to flaws within the systems, but those flaws do not influence the outcome in the majority of cases. The reasons why many appeals fail are simple:

That being said, there are systems where an appeal is doomed to failure that have nothing to do with the “legitimate” reasons listed above.  While I hope (and still believe) that most schools are free from these flaws, I have found some or all of them more frequently than I would have thought.

If there is a case with a potential outcome of suspension it is highly unlikely that the case was not discussed between the judicial officer and her superior prior to the actual hearing, and the outcome was most likely shared immediately after the hearing. What’s more, if there was a suspension or expulsion the respondent’s case was shared with other offices in order to plan for that student’s departure, and many of those offices are under the same umbrella. When the appeal gets to that superior, she has likely already considered the issues and has a position that consciously or subconsciously influences her analysis.

3. There is a belief that overturning a board decision either undermines or fails to support the board, and the students and/or faculty on that board. Serving on a judicial board is an incredibly difficult and thankless job, especially for students. Being a student that hears a case against another student (especially if you identify with the respondent in any way), makes a finding of responsibility, and then suspends or expels requires a level of personal development most “adults” don’t have. In addition, the judicial officer has worked with the board and has a strong personal relationship with them. When a respondent appeals the decision, the judicial officer often approaches that appeal from the initial position of wanting to “support” the board, and while understandable, it is an unfair approach. The Board should be trained to understand that their decisions cannot be personal, and therefore modification or reversals of that decision are also not personal. I have seen firsthand the frustrated response of hearing boards that have their decisions changed, but those feelings must not be part of an appeals officer’s considerations.

4. A higher standard is used in reviewing a board’s decisions no matter how close to the “than not” part of “more likely than not” the board’s decisions were. I know that’s a mouthful, but bear with me. On appeal, if a respondent can argue the findings of fact, the hearing officer almost always needs “clear and convincing” evidence that the finding was wrong. If a 5 person judicial board decides in a 3-2 vote that it is “more likely than not that a student stalked his ex- and one of the 3 was “barely” convinced, that decision is treated the same on appeal as if all 5 decided that he definitely did it. So if a hearing board (cumulatively) thought is was 51% likely a student did something or 99% likely, the same standard is used to decide whether they made a mistake. While one would like to think that there are not many cases where 51% likelihood would result in suspension or expulsion, that isn’t the case-especially in Greek misconduct cases or if the respondent has priors.

5. When considering an appeal, the person referred to for clarification is usually the one who made the initial decision. A respondent will raise many issues on appeal, and most of them will directly challenge a finding or make assumptions based on the outcome. If the case file isn’t sufficient to decide on those claims, the appellate officer must look somewhere for clarification, and that place is almost always the judicial administrator that oversees the system and/or the Chair of the judicial board. It is unlikely that their response will be one that supports the claim on appeal, because if they believed a mistake was being made or their actions were unfair they would not have done them.

6. The appellate body, either due to their own feelings or based on legal counsel’s advice, believes that an 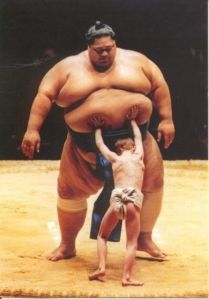 admission of error makes them more susceptible to litigation. While this is almost impossible to prove, I believe it to be true. Imagine a student that has been falsely accused of academic misconduct by a well-intended professor. At some point during the semester his professor has informed him that he cheated, and is failing the assignment and/or class and that the case will be referred to judicial affairs. Sometime later (days or weeks) he is called into the judicial affairs office where the case is explained, and he is told that he may be suspended if he is found responsible. He then scrambles to develop a response to these allegations to show his innocence, usually within one or 2 weeks of that meeting. A hearing is scheduled at the next opportunity, and the respondent has to plea his case to a board of strangers who are weighing his word against the professor’s who has an implicit authority and “no reason to lie.” Sometime in the next week he gets the decision telling him he’s suspended. He has a week to write an appeal, and sometime in the next 1-2 weeks he will get a decision. The whole time he’s stressed, anxious, and depressed. If the appeal goes his way he has still spent at least a month with major impacts on his life and his ability to be successful. Even worse, in many systems even finding him not responsible is not enough to change the professors decision regarding the grade, and even if it were the student has likely dropped the class or stopped going since the grade was predetermined. If the class is one that he needs to graduate on time this process, even if he’s found not responsible, has impacted his ability to graduate on time. If the appeals officer finds that there was a major procedural error or that there were other errors, that student has ammunition for a claim. The worse the mistake, the more the pressure to support the decision can be.

I want to reiterate that the reason most appeals do not “win” is because of the actual facts around a case, the respondent’ actions, and the sanction. Even where the other factors exist, I do not believe that most people are knowingly and intentionally participating in an unfair process. However, it is crucial that a school examine its appeals process, identify any obstacles to impartial consideration, remove any factors that can reasonably be seen as unfair or that impact transparency, and that students have a clear understanding of what goes into the decision making. Identifying and disclosing factors a respondent may object to is much better than leaving that same respondent believing that he was a victim of an unfair system.

What do you think? Are there other factors that influence a decision, or am I completely off base?

Coming up: Steps to improve the fairness of the appeals process that support the parties and the system itself.